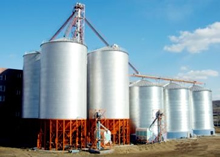 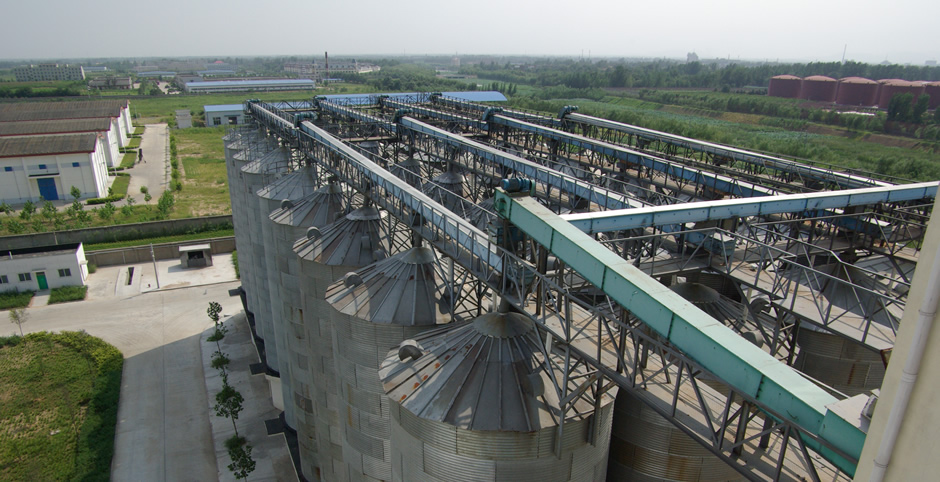 It is understood that, with the extensive application of steel silo steel silo industry gradually developed appear in Anyang, Henan Province. Liaocheng, Shandong, Jiangsu and other domestic steel silo production is concentrated on Anyang city.

Some of the industry believes that the current rapid growth of China's steel silo market, as steel prices continue to decline, the action of the steel silo enterprises promoting economic growth with more and more obvious. In Anyang, due to the constant attention of the companies on the market, and promote the development of the industry of steel silo.

Anyang, Henan Province, an important industrial base, metallurgy, electronics, chemical, electric power, machinery, textile, pharmaceutical, tobacco and other industrial system has taken shape, but also become an important base for the development of the national steel silo.

It is understood that the spiral steel silo Anyang only occupy a market share of almost 100% of the domestic cement industry, this market share is a very attractive figure for many industries.

In fact, despite the economic crisis, but the development of the domestic cement industry in terms of the overall the steel silo business development or positive. One hand, with the recent national energy saving and management system of continuous improvement of bulk cement, to prohibit bulk material open-air dumps, and cement companies must build the library policy is also increasing, making the steel silo in the cement industry development to have a stronger policy support.

On the other hand, this year, to accelerate the development of the cement industry and the pace of shaft kiln cement out of the corporate restructuring. Up to now, according to the China Cement Association, cement production line started this year in China has more than 200, the elimination of backward production capacity is even more quickly. The many shaft kiln in order to survive, have converted the grinding station. This for steel silo enterprises, is undoubtedly a very big market.

The same time, the decline in steel prices, making the original a lot of steel silo cheaper than concrete warehouse prices, more cement companies for the sake of the economic benefits of the fast track approach, gradually began to choose the silo.

Then, in front of such a large market share and such a high market share, the company's overall output value of Anyang steel silo has as yet do not increase, which can not help but produce a lot of questions.

Such as industry professionals analyzed, by the weak economy and other factors, making steel and other raw materials prices fell, but still can not ease the pressure of the high cost of steel silo industry fact. Lack of effective means of industry resources allocation. In the market, the level of domestic steel silo project cost is generally low compared with similar foreign level, resulting in a lot of silo enterprise market low efficiency, thin profit.

Because of this, in the beginning of this year, domestic steel prices remain high, there are a lot of cement companies or did not choose this new but more steel silo input costs, and use the old-fashioned welding positions or masonry positions. Until recently, as steel prices fell sharply, resulting in steel silo reduce cost, some cement plants have investigated steel silo, ready to replace the warehouse.

On the other hand, construction costs, steel silo than other warehouse-type building cost savings. Relevant statistics show that duration, steel silo in the position mounted on average 11.5 days of each group of the construction team to complete a warehouse positions in body construction, curing period. Silos of 100,000 m3 scale plate warehouse body part of the general duration of 80 days, and the construction period of the masonry positions require at least 180 days.

A steel silo corporate CEOs have said, do not necessarily reflect the profit earned money, but the money saved to net profit. Thus, the steel silo project is profitable.

However, in an interview, many corporate CEOs are reflected silo low-profit enterprises are facing embarrassing situation. The biggest factor in the competition between enterprises each other down in project bidding race to keep the prices down. And the intense level of competition and lower prices low, it is difficult to imagine.

A the Anyang silo corporate CEOs to reporters about such things. In a cement silo project at the tender the steel silo enterprises of several Anyang each other to keep the prices down, and finally the pressure to 20 million 80 million project cost, a measure after the project is finished, even at a loss.

According to the manager, said, like this example has been common in Anyang steel silo enterprises, lower prices have been held down as people heartache, but the companies do not keep the prices down and can not get the order, has been caught in a vicious circle.

Some cement companies have been caught Anyang steel silo enterprises "weakness", auction bidding has become, but which enterprises a low price, on the choice of which company. In this way, the enterprise is bound for the orders to each other to keep the prices down, and finally the interests of themselves and their clients has been compromised.

It is understood that, due to lower product prices, making the steel silo enterprises was relatively high cost pressures can not afford, so there are some companies with a shoddy sacrifice the quality of the project and other ways to reduce overhead, often in the quality and thickness of the steel plate has seen it fit. Once there is a silo enterprise instead of a material with poor quality galvanized sheet, results in the coil of the machine process, the rupture plate, great elasticity of the destruction of the surrounding facilities, and spot caused by a number of workers casualties .

With the development of enterprises of steel silo, companies recognize the losses caused by the vicious competition in the market. Anyang Lipp silos Engineering Co., Ltd., deputy general manager Zhang said, Philips is never the price as the sole criterion. But there are a lot of companies are still caught in the cycle of vicious competition and intensified.

Alas, Anyang steel silo enterprises have so many, and so far, actually not organize any industry associations or Chamber of Commerce and other agencies, coordination of industrial targets, enterprise development, market norms to promote the sound development of competition in the market businesses are still fighting each stage.

"In the past also consider organizing Chamber of Commerce, but for various reasons are not organized", a business manager told reporters. As for what kind of reason, we can not explore. "Carrier" or "sampan group"?

People in the past when it comes to a stronger industry, there will be a very figuratively: "Aircraft of Industry cluster.

Some people think that one of the signs of the mature market is a high degree of market concentration. At present, Anyang focused on the dozens of large and small steel silo companies, in fact, the majority of the enterprise's comprehensive strength is not strong, the difference is not. Industry believes that the level from the industry point of view, Anyang steel silo industry enterprise is still at a low level stage of the competition, the market is located in the lower level of equilibrium, there is a certain strength in addition to individual enterprises, none of the companies can break the equilibrium, also were unable to build a strong brand, widen the gap, individual enterprises the ability to control the steel silo market is still relatively weak.

The reporters visited Anyang Shihai learned some steel silo enterprises lack the necessary equipment, the construction of high-level and management team, or even lack of good office facilities. However, in the mode of operation, some companies still rely on material consumption, expand business scope, increased labor, and other ways to increase corporate income. High input, high consumption, uncoordinated, inefficient phenomenon still exists. Over time, not only resources difficult to load, the capital of the enterprise is also difficult to maintain.

Well, this enterprise clusters, I am afraid from the aircraft carrier industry cluster is still very far away.

It is understood that the spiral steel silo technology is more mature, companies should conquest customers from the quality and service, not just rely on lower prices to fight the market share.

Anyang steel silo revealed, they hired the architectural professionals, to provide customers with safe and reliable foundation treatment programs, and free content as a service to customers, the cement enterprises in this regard can save a large fee. Over time, the accumulation of the customers' trust in their company's. So there are more customers to seek them out.

Previous: Do you know why the heat conduction oil furnace coking phenomenon?

Next: Do you know why the heat conduction oil furnace coking phenomenon?

This customer in Zimbabwe has a farm that mainly grows cash crops-Paprika. For higher efficiency, customers hope to produce different meshes of paprika p